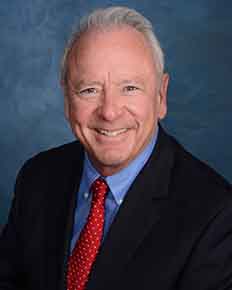 The firm of Steven H. Wilhelm, A.P.C. was created in or about 1980. Preceding the creation of Steven H. Wilhelm, A.P.C., the principal of the company, Steven H. Wilhelm, was a law clerk to the Honorable Howard B. Turrentine, Judge of the U.S. District Court, Southern California District in San Diego from 1974 through 1975. Thereafter Mr. Wilhelm was the eleventh lawyer in what was then a rapidly expanding Wall Street type law firm known as Sullivan, Jones & Archer (subsequently the firm has splintered into approximately 10 different law firms in San Diego) with primary focus in complex securities fraud litigation and antitrust litigation.

In late 1976, Mr. Wilhelm took a sabbatical to Kansas to obtain his license to practice law in Kansas. On return from the sabbatical Mr. Wilhelm affiliated with the Law Offices of Joseph St. John, which firm later became the firm of St. John, Debusschere, Wilhelm & Daley. While at that firm Mr. Wilhelm handled the complex civil litigation for the firm as well as establishing the infrastructure for the business and business litigation section of the firm.

In 1980, Mr. Wilhelm left St. John, et. al. to join Herbert R. Schultze (now senior patent counsel with Agilent Technologies, an affiliate of Hewlett Packard) in the practice of law under the name of Wilhelm & Schultze, in Rancho Santa Fe and San Diego from January of 1980 through December of 1983.

At the end of 1983, Mr. Schultze left for other opportunities and Mr. Wilhelm focused his practice on the San Diego metropolitan area on a prospective basis. From 1984 through 1996, Steven H. Wilhelm, A.P.C. grew to as many as five lawyers, four associates and one partner, with the present size of the firm from 1997 through 2010 being one partner, one paralegal, administrative staff and the various of counsel and/or joint-venture relationships.

The firm’s focus throughout the years has continued to be that of business transactional work and business litigation across the entire business spectrum, with occasional cases being handled in other varied areas of civil litigation.

The first 20 years in practice were heavily focused on complex litigation albeit up to 40% of the practice was made up of various assorted contractual issues and disputes involving businesses such as restaurants and other businesses as relates to their leases, their sales and/or other operational issues that were in dispute. In the second approximate 20 years of the practice (the owner has been in practice for almost 39 years) the work has been much more balanced between transactional (sometimes called corporate work) and litigation (sometimes referenced as courtroom work). Notwithstanding the foregoing, the firm is still amenable to becoming engaged in large and complex civil litigation so long as the facts; the law; and, the economics make sense.

Today the primary focus of the firm, i.e. the business transactional/corporate work and complex business litigation, is handled primarily by the principal of the firm, Mr. Wilhelm, and in tandem with one of counsel relationship (Bradley Nemeth), and two joint-venture relationships, one of which is Mr. James Clevenger. Mr. Nemeth is a certified tax, probate and estate planning specialist. Mr. Clevenger is retired from the practice of law, but still consults with Mr. Wilhelm in the areas of copyright, trademark, trade name law, and the licensing of the same, (generally referred to as intellectual property law).

Additionally, the firm will, from time to time, joint venture cases and/or transactions with outside firms usually in the pursuit of complex transactional and/or litigation matters. One of the primary outside litigation firm with whom this firm associates is (Terry Singleton of Singleton & Associates). Through this association over several years, the joint ventures have been able to achieve large settlements and large jury verdicts in very complex, and novel litigation. The subject matter of the disputes have run the gamut from shareholder disputes with local shipyards and other different businesses to as varied as disputes and lawsuits with national and international athletic federations and associations. Also, depending upon the facts and circumstances, and again the economics and the subject matter, the firm associates with other smaller boutique litigation firms that specialize that have certain niche areas of focus (a good example of this is our association from time to time with Foldenauer Law Group the primary owner of which is Sean Foldenauer).

Curriculum Vitae of the one of-counsel relationship as well as the two joint-venture relationships are enclosed on our web page under the attorney profile section. It should be noted that the firm and its of-counsel and/or joint-venture relationships practice in the subject areas referenced generally on an hourly basis see fee schedule for the current year in this website. **There are some extraordinary instances where the damages are very large and there are either insurable interests or very large defendant companies who have the economic ability to respond to judgments wherein the firm will consider the possibility of entering into, what is styled a hybrid fee agreement, where there would be a percentage of the gross proceeds as part of the fee as well as a reduced hourly fee as part of an overall total fee agreement. Hybrid fee agreements are negotiated on an individual case, by case basis.